Mutations in the p63 gene are responsible for the life-threatening disorder ankyloblepharon-ectodermal dysplasia-clefting (AEC), which is characterised by long-lasting skin erosions similar to severe burns.

The team lead by Prof. Caterina Missero in collaboration with scientists at Goethe University Frankfurt lead by Professor Volker Dötsch have now discovered that this syndrome resembles diseases such as Alzheimer’s, Parkinson’s or ALS due to the formation of protein aggregates. Their results were recently published in the scientific journal Proceedings of the National Academy of Sciences (PNAS).

Using sophisticated mouse models for the disease and direct conversion of human fibroblasts in keratinocytes, the researchers were also able to show that p63 regains its activity once the formation of aggregates is blocked. The research therefore opens up promising new avenues for treating the causes of the AEC syndrome. 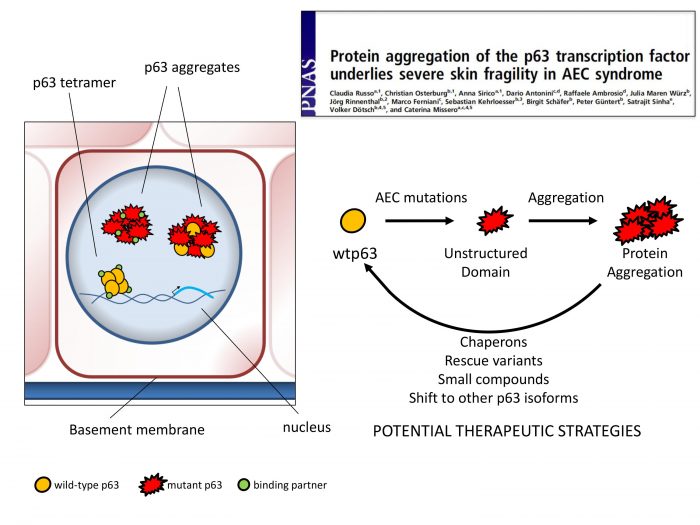