Octopus vulgaris: An Alternative in Evolution

Octopus vulgaris: An Alternative in Evolution

Octopus vulgaris underwent a radical modification to cope with the benthic lifestyle. 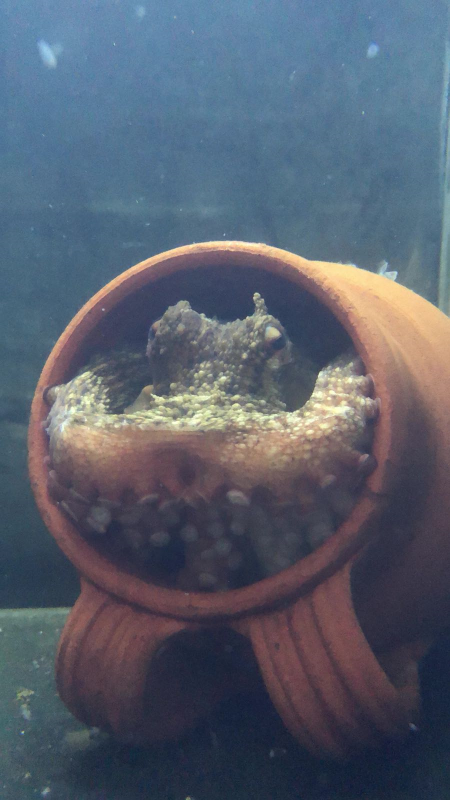 It diverged from other cephalopods in terms of body plan, anatomy, behavior, and intelligence. It independently evolved the largest and most complex nervous system and sophisticated behaviors among invertebrates in a separate evolutionary lineage. It is equipped with unusual traits that confer it an incredible evolutionary success: arms capable of a wide range of movements with no skeletal support; developed eyes with a complex visual behavior; vestibular system; primitive “hearing” system; chemoreceptors located in epidermis, suckers, and mouth; and a discrete olfactory organ.
As if these were not enough, the occurrence of recently discovered adult neurogenesis and the high level of RNA editing give it a master key to face environmental challenges. Here we provide an overview of some of the winning evolutionary inventions that octopus puts in place such as the capacity to see color, smell by touch, edit own genes, and rejuvenate own brain.